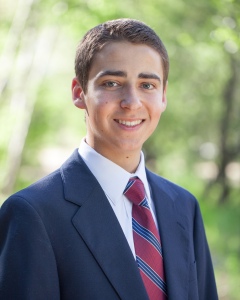 Elder Davis’ district had an outing today to the Whydah Pirate Museum on Cape Cod.  It is the only museum with authenticated pirate treasure on display.

The Whydah was a fully rigged galley ship built by the British to travel between Africa, the Caribbean and Great Britain.  It was taken by pirates and used to pillage 53 vessels of their treasures before it sunk in a noreaster in 1717 off the coast of Wellfleet. It was discovered 500 feet off the coast where it had lain for 250 years in 1984 by Barry Clifford, a Provincetown resident.  The Whydah legend was passed down among generations throughout the Cape as the treasure lay under the water just 500 feet away.

His letter is more brief this week because of their outing.

If you would like to learn about the museum, there is a description of it on http://www.discoverpirates.com.

Hey Everybody! So I really wish I could write a long email like I have the past few weeks, but I’m scrunched on time, so I wanted to share a really special experience that happened this week that illustrates a few points of the Gospel (names have been changed).

We were going to dinner at the Ronalds’ house this week, but weren’t sure if it was going to happen. We confirmed with them earlier in the day and headed out a little late. We got there about 20 minutes late and two of their youngest kids were outside waiting for us!

We drove up and their son was trying to open Elder Woodward’s door, which was funny. As I looked back to the house, the Ronalds’ mother was running towards the car. She yanked open my door and yelled,”There’s a situation inside!” I grabbed a small packet of oil from my bag and ran into the house. When we got there, the father was over their daughter who was on the ground, pale as a sheet, and not breathing. He was giving her a blessing, but without oil. He yelled to grab a pillow, so I ran into the other room, pulled one from a bed and ran it back to him.

Elder Woodward got out his oil, opened it, and since I thought it was one with a little vial inside, I tried to dump it into my hand, but it was just full of oil, so it splattered all over my hands. Luckily there was still some left in it, so I gave it to the father, and I jumped in there to help him with the blessing. Midway through, Elder Woodward got in too.

When we finished the blessing, we could hear her gasp in a little. A huge relief! Still, she wasn’t breathing properly. The mother was on the phone with 911 and was told to do CPR. Elder Woodward took a First Aid Response class in High School, so he did the compression and the father did the breaths. As they did it a few times, her breathing would temporarily get deeper and she would become conscious and open here eyes for a second or two, and then would go unconscious again. They kept repeating it and finally got here conscious and breathing regularly. She was unaware of the situation and was really confused on what had happened and why two missionaries were standing over her, but eventually, they got her to the hospital and she was stabilized and released that evening.

It was a really stressful couple of minutes and there wasn’t a lot of time to think. Thankfully Elder Woodward had known CPR, so he was able to help get her breathing again, but there is something that I want to emphasize.

We didn’t have time between when we got there and when we were needed to give a blessing. If we had not been worthy of our priesthood, I am not sure if she would still be here with us. Her father’s blessing probably would have been enough in their time of urgent need, but Heavenly Father needed us there at that instant. We didn’t have time to think about if we needed to repent of something that we had done that morning. Priesthood holding brethren, we always need to be worthy of our priesthood, because when the Lord needs us, we can’t not be ready.

The Lord puts us in situations to help others, and we need to be there for Him like He is there for us. I know that God is in the details. That He allows us to be in just the right place at just the right time to be a blessing in others lives. I love you all and am so glad that I have the opportunity to share this gospel that has blessed my life so much. Stay True, Be Worthy, and Trust in the Lord.

Your Brother in God,